How To Play Cochise by Audioslave on Drums 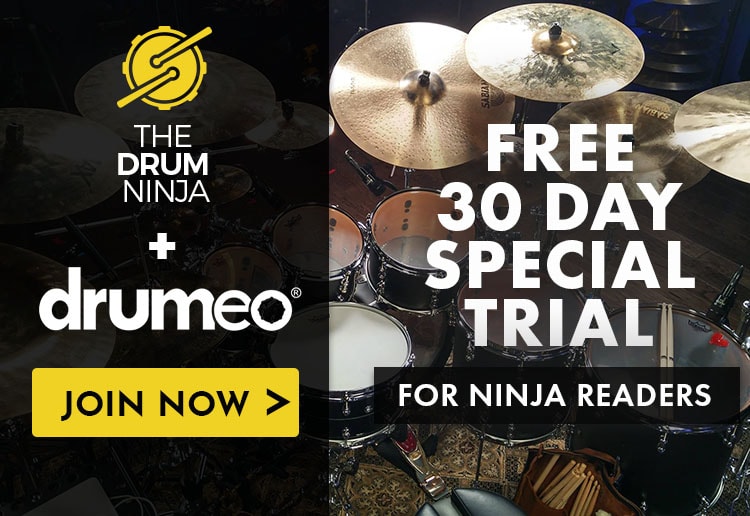 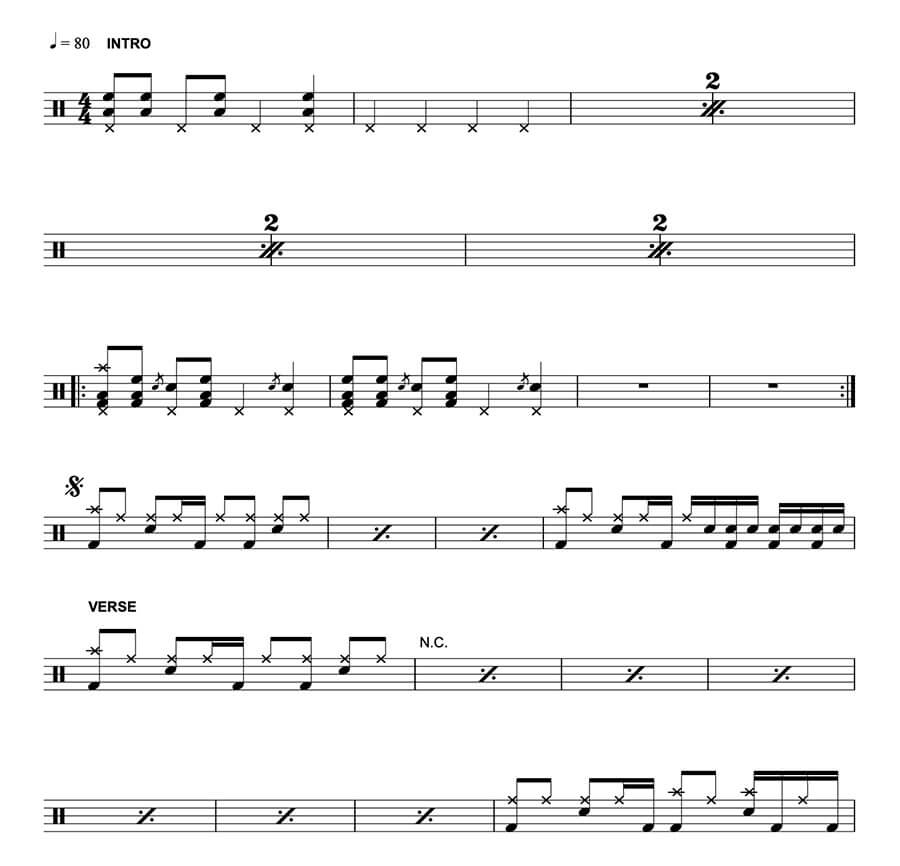 Cochise is a mid-tempo rock track that embodies drummer Brad Wilk’s heavy duty playing. He sets the tone right from the outset and stamps the track with his signature style and power.

Intro
The intro of the track has an almost tribal feel with a spacious tom groove that overlays the guitar effects. This creates a load of tension that is built upon with a flammed backbeat half way through.

Verse
The verse groove is a heavy 8th note ride pattern and backbeat with the bass drum landing on ‘one’, the ‘a’ of two and the ‘and’ of three. It may seem simple but you’ve got to dig in and try to fill up the room.

Chorus
On the chorus you’ll find crashes on the ‘one’ and the ‘and’ of one which accents the guitar riff. The snare lands on the ‘two’, ‘three’ and ‘four’ with a tasty syncopated bass drum pattern in between.

The tempo of the track may pose a challenge because the tendency here is to speed up. Try to put the reigns on and keep it were it should be.