How To Play Rockin Robin on Drums

Well Ninja’s, it’s been a stonking good year and we’ve covered a lot of ground together. It’s been great to hear your feedback on the site and we really do appreciate your support. No matter what your plans are for holiday season we hope that you have a blast.

This weeks video lesson has a festive vibe and takes a look at one of the funkiest shuffles ever to appear on a christmasy tune – Rockin’ Robin by Michael Jackson. The song was written by Leon René under the pseudonym Jimmie Thomas and recorded by Bobby Day in 1958. It was Day’s only hit single, becoming a number-two hit on the Billboard Hot 100. Michael Jackson recorded and released a cover version in 1972, which was taken from his first solo album Got To Be There. It was the biggest hit from the album, peaking at number two on the Hot 100 and R&B charts. 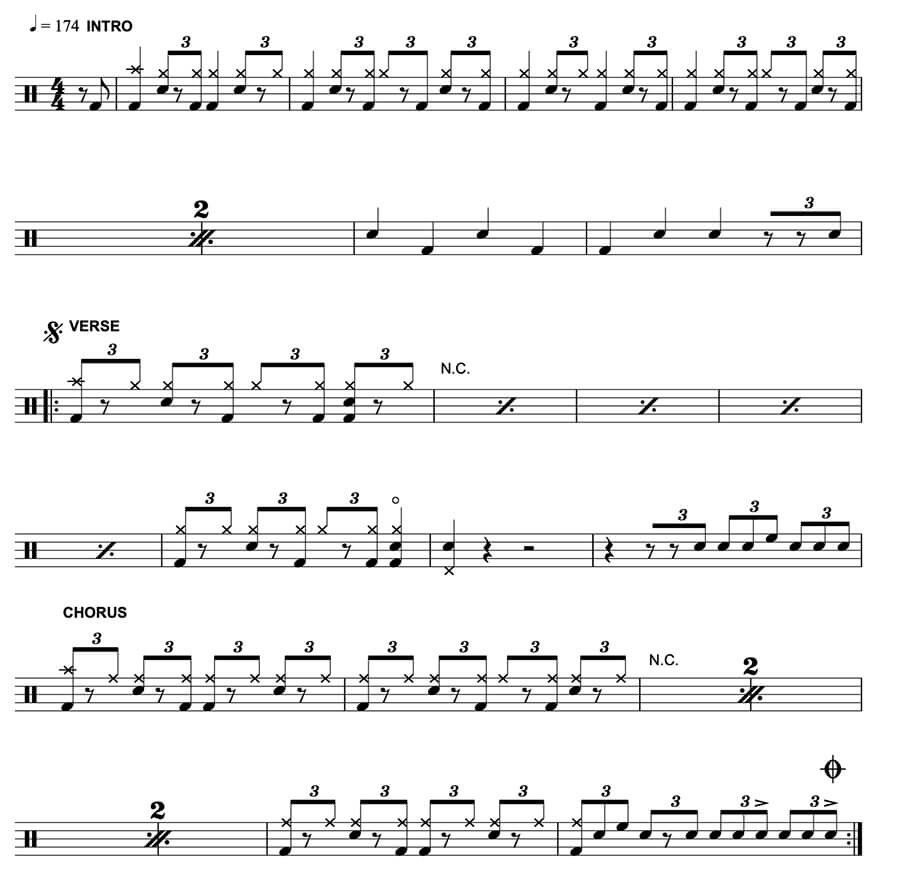 Rockin Robin is an uptempo track with that slick Motown feel. I’m not sure who recorded the drums (one of The Funk Brothers?) but it really is tasty. Yes, you may say it’s just a shuffle but you’ve got to get in the pocket to make it work.

The intro is a swing pattern played on the hi-hat with a backbeat on two and four. The bass drum follows a two bar pattern that you can see on the transcription. There are quarter note stabs on bars seven and eight that the whole band follow. Listen to the track a few times and it will be pretty clear what’s happening.

On the verses the hi-hat pattern switches to a shuffle and a new bass drum pattern is introduced. Make sure to hit that bass drum on beat four to get that fat sound. Bar seven has a stop followed by a triplet based fill leading out of bar eight (starts on the -let of beat two.)

The groove switches to the ride for the choruses and you’ll find a tasty triplet fill that lasts the length of bar eight with accents on the -let of two and three.

This track is a lot of fun to play and one that you can whip out at christmas parties to entertain your friends – provided that is your band mates can play it. If not, well, you’ve got a pretty boring drum solo on your hands!! 😉

Have a great Christmas! DN