Even if the term “Cajon” is unknown to you, I can guarantee that you’ve already seen at least one street musician playing this instrument.

This percussive instrument is a plain, straightforward box that percussionist play while sitting and it sounds magical.

Simple and fun to play this instrument gained a lot of popularity. You can now find countless brands producing them. In this buying guide I will help you find the best cajon drums for different categories.

these are Our top Picks Summarised For:
16th April 2021 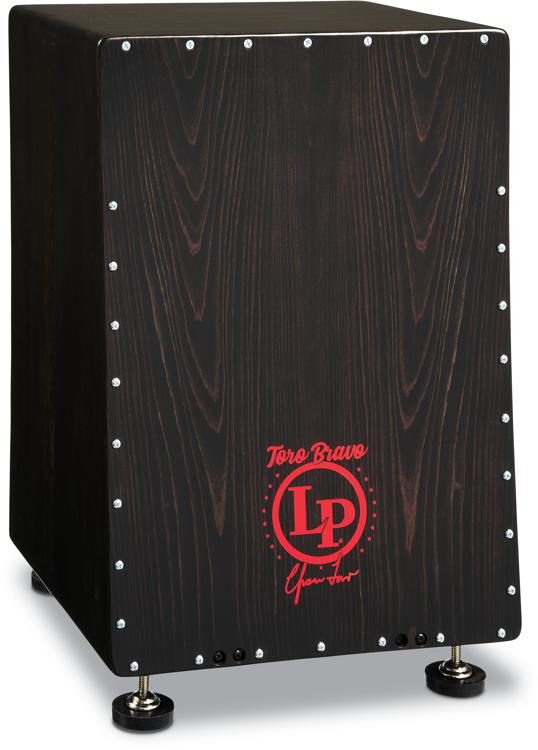 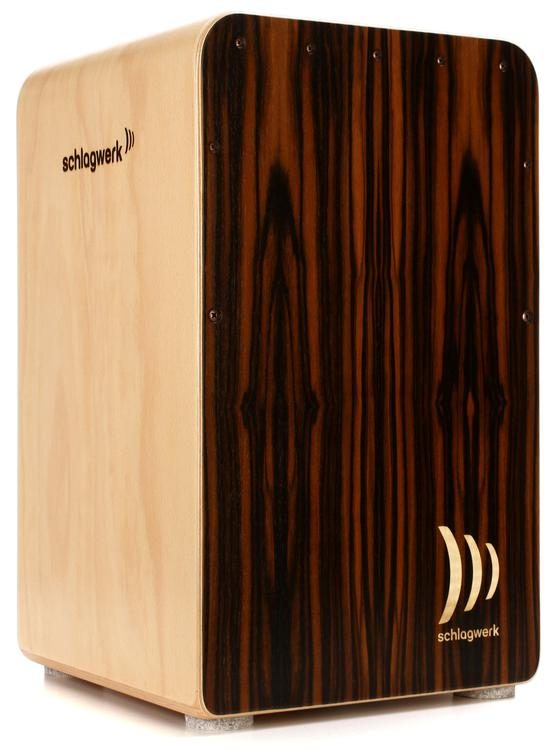 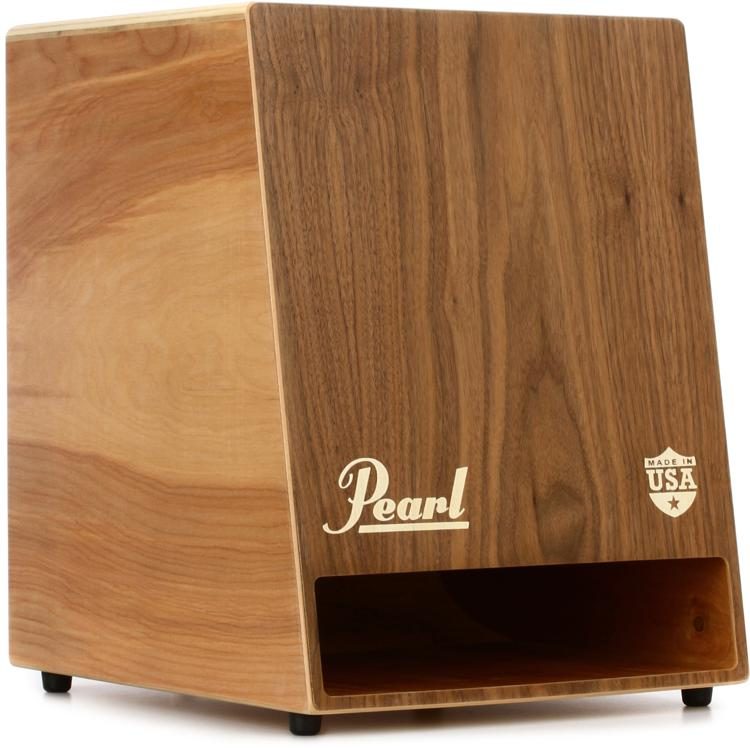 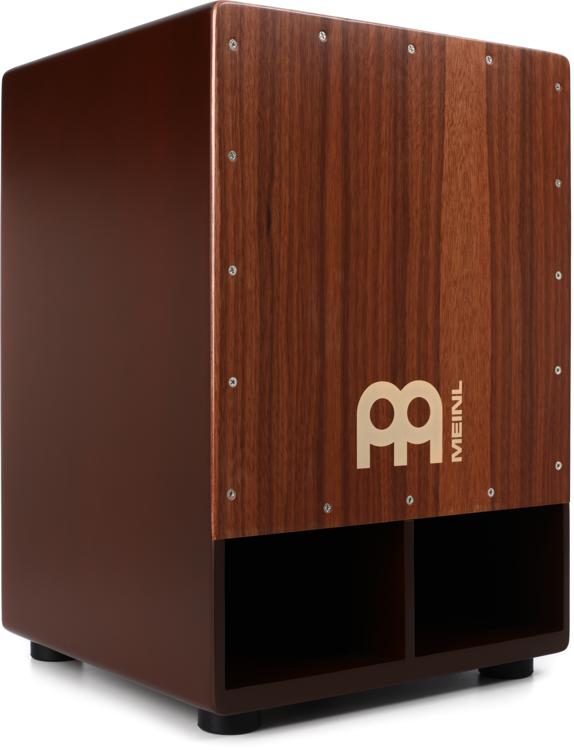 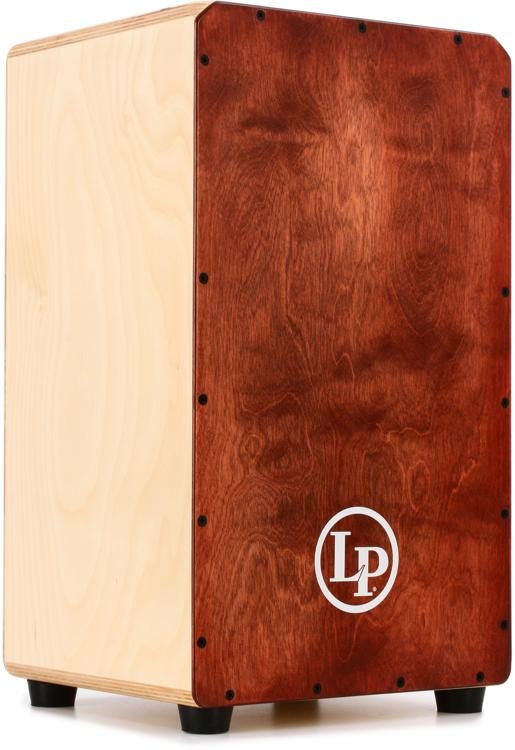 What makes a good Cajon Drum?

While the instrument may look simple there’s a couple of things that will determine how good the Cajon is. First, we have the choice of wood, just like drum sets the chosen wood will impact directly in the sound output. Some good types of wood for the tapa, ”skin” on the front of the cajon are Mahagony, Oak, Beech and Birch.

The second factor is the construction. You can find two types of Cajon construction with those woods: solid wood (all the Cajon made of a single piece of wood) and plywood (several thin layers stuck together).

Now there are quite a few options in the market and things can get confusing, that’s why we made this complete buying guide for the best cajon drum in each price point.

This is the Best Cajon drum model in our buying guide, as well as the most expensive one. This particular model excels in virtually all fields, performance, ranging from aesthetics to sound output.

This is a professional instrument designed by LP and the famous percussionist Efrain Toro.

The LP Efrain Toro Cajon drum features a solid Cedar construction that produces a sweet, resonant tone. You can adjust the snare wires for a full snare sound control and it has a faceplate with a Rapid Response Curve for great playability.

The LP Wood Shop Efrain Toro Cajon drum belongs to the “expensive” price point category. Surely enough it costs quite a lot but it holds a great value for the money due to high-quality features and performance. If you are looking for a professional Cajon Drum this is it.

Schlagwerk is known for their quality and sound. And with this particular line (Fineline Comfort Cajons) they took it a step further.

This Cajon is the second item in our list, and it’s definitely one of the best Cajon Drum models for the money. Essentially, this Cajon Drum is not a budget option but it’s unique design and quality makes it a great contender.

The most notable feature of the Schlagwerk Fineline Comfort Cajon is the design. They crafted the cajon to be super comfortable to play with rounded corners.

The wood of choice (beechwood) produces a unique collection of tones. That will give a lot of versatility while playing.

Finally, the snare wires were specially designed for each surface. That delivers optimal performance.

In essence, Schlagwerk Fineline Comfort Cajon is the first item in our list that belongs to the “medium” price point category. This is the best Cajon drum for the money, as it represents a great combination of quality and exceptional features for a fair price.

For more about the Schlagwerk Fineline Comfort , check out customer reviews.

Pearl is a well known Drum Set Brand and they stepped into percussion with the Sonic Boom Buzz Cajon drum. This instrument has a unique design and a great build quality making it very durable.

All in all, this is a well-rounded Cajon that offers great performance.

This Cajon stands out from the traditional Cajon design with a front-firing bass port that projects the lows super clear.

The wood of choice is a combination of Birch construction with a walnut faceplate for deep tones.

The snare systems give it a great extra snap and the front is tilted so the is easier and more comfortable to play.

Delivering great features and a unique style brings a lot to the table making in it a great choice with a lot of value.

Although Pearl is not a traditional percussion brand they entered the space with great products based on their experience as a drum set manufacturer. And they did a really good job with this Cajon.

Meinl is another well-reputed brand that has done an amazing job in recent years delivering top of line products from their cymbals to percussion instruments.

The Jumbo Bass Subwoofer Cajon is a great example of their good work.

This is a huge sounding Cajon with deep bass thanks to its design and its front face bass port.

Wonderful and comfortable to play it also very loud making it a great choice for a live performance.

At first glance, you can appreciate the Cajon is big with a unique design that benefits the lows.

The projection and the volume are impressive making ideal for acoustic and live situation or if you don’t have amplification available.

The tones a rich and warm thanks to the walnut wood selection for the front plate.

This Cajon is offered under $200 making one of the top choices regarding the money/value ratio. If you choose this cajon you’ll find a great instrument with great features and an excellent sound for a very reasonable price.

LP’s Americana Groove Cajon LP1427 is a plain Cajon Drum that comes at an affordable price. The features are fairly straightforward without impeding upon the overall efficiency and performance.

This is one of the best Cajon Drum models for beginners in the budget price range.

The first good thing about LP’s Americana Groove Cajon LP1427 is that it was made from durable birch materials – birch body, and birch soundboard.

This material provides excellent acoustics and resonance, but it also allows for increased durability. The corners were intentionally rounded for extended comfort.

The price isn’t such a factor here due to the fact that LP’s Americana Groove Cajon LP1427 offers a huge level of durability. Sadly, the only drawback is that this Cajon drum does not excel in aesthetics.

For more about LP Wire CAjon LP1427, check out customer.

The term Cajon is of Spanish origin, and it literally represents a “box” or “crate”. The instrument which bears this name originated in Peru in the 18th century, and it was widely used by street performers and band musicians alike.

This instrument was most frequently used in flamenco and jazz music genres, but various musicians used it in other settings as well.

Namely, the Cajon was so often used in flamenco that a special sub-type of Cajon was developed – the Flamenco Cajon.

HOW DOES A CAJON DRUM WORK

Essentially, Cajon Drums operate in a similar manner to that of any percussive instrument. Namely, the construction of the Cajon Box Drum is very specific, and it acts as an acoustic housing which emits sound when the player “slaps” it.

Apart from that, some areas are larger, which results in the increased acoustic effect. On that matter, we can easily compare the basic method of operation of a Cajon Drum to a standard snare. As you might’ve already known, the snare also produces different sounds depending on the surface hit.

HOW TO PLAY CAJON DRUMS

Most people think that playing Cajon drums is simple. That is not necessarily true due to the fact that you must control the strength between each stroke while maintaining precision and accuracy. First of all, let’s break this topic into two vital sub-sections.

As for the Cajon Drums, the player can either sit atop one of the drums (if the setup allows it), or sit on the drummer stool (or any other convenient furniture piece).

HOW TO TUNE A CAJON DRUM

Basically, a Cajon Drum is a very versatile instrument. It can be tuned to make various sounds that are different in tone and depth, but its basic method of operation and tuning mechanism is really something else.

Now, to understand how to actually tune a Cajon drum, we should first remind ourselves how Cajon Drums work/how these drums let off sound. First of all, there are special wires in the housing that reverberate under the pressure once hit.

These wires are safely stored in the wooden housing, and the only way to actually change your Cajon drum tuning is to open the housing. Once you’ve gotten to the wires part, there are two things you can do:

The first option is corrective in nature while the second one is the matter of subjective preference. Some people like their Cajon Drums to sound deep. Anyhow, you should be aware of the fact that loosening the wires minimizes the snare effect.

HOW TO MIC YOUR CAJON DRUMS

Alternatively, you can always use a Cajon Drum that comes with a preamp system and do your recording digitally. Meinl is one of the brands that offer the best Cajon Drum models with active preamp systems.

Cajon drums gained a lot of popularity in recent years and the market started to offer lots of models and brands. From more controversial designs to traditional cajons the offer is endless.

In this buying guide, I compiled what I believe are the best cajons for different purposes and budgets.

Playing these drums is easy, they require no setup whatsoever, and most models are cheaper than standard drum sets.

All in all, I wish you good luck in your search for the best Cajon drum model. And be sure to get in touch if you have any doubts!